Jadette, thanks for inviting me back to share the story behind the story… 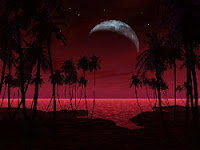 Over on the M/M Romance Group at Goodreads, the amazing moderators kicked off an enormous Summer anthology project called Hot Summer Days as a kind of collective gift to the robust community round those parts. The basic idea was that group members would post a photograph from the group’s ample offerings along with a “letter” asking for a story that the picture might inspire. Gay romance authors would choose pictures/letters and then contribute an original short…Such a cool idea. This happened in June, right before Hot Head came out, and I was wrapping up the research phase on a big steampunk novel so a sexy little short story sounded like just the ticket.

Well, one night eager to dive in, I was trolling the photos and I ran across this photo posted by the delightful Poppy Dennison. In terms of story requirements she had only said, “My momma always told me anything was possible...but I'm not too sure she'd considered these boys! Will you prove my momma right?”

Now, here’s the weird coinky-dink: I know one of those guys in the photo in real life…Not well by any stretch, but we once shared a bottle of tequila at a party in L.A. a zillion years ago. In this image, he’s the photoshopped “giant,” but in the flesh he is a hilarious Cuban fireplug with a thing for redheads who had a lot to do with the early success of Titan Media. Going through the Goodreads photos, the moment I saw his scrunchy face and sick bod and the crazy repainting, I had to bite. :)

Okay… so I have this wacky photo and my gut instincts and not much else. Because of the tropical treetrunk and the bright sun, the image said beach to me. I knew the story took place somewhere tropical. And because of the freaky disparity in their sizes, sci-fi seemed like the logical step. Tropical science fiction. And of course, because I was writing for an anthology of shorts, I needed to keep it simple. To generate the heat between them, I needed to generate enough friction to struggle against and time pressures, so I knew that their circumstances had to get a little extreme and a little overwhelming. 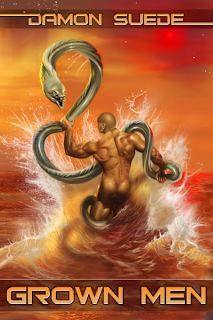 From the moment I started writing it, Grown Men poured onto the page faster than I could control it. The setting and the worldbuilding just snicked into place like tumblers in a lock. Both my heroes seemed so strange and handsome and wounded in unexpected ways. I decided this would be the story of two men in the FAR future marooned on a tropical island in the middle of an alien ocean… compressed, claustrophobic, and intense. I decided that in this future, massive conglomerates have replaced religion, government and culture, and the only art still produced exists to advertise products. Dark satire with a creamy ironic center! :) I invented a company called HardCell that leases solar systems and grows employees in batches. My two mismatched heroes would be employees dreaming of corporate citizenship and suckled on glossy advertainment. The HardCell Universe invented itself as I watched. And then I found out that one of my heroes was mute. 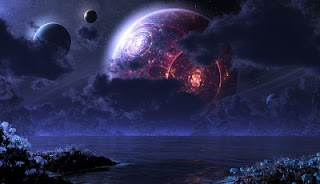 Ox, the giant assassin who drops out of the sky onto an alien beach, is only one of two characters and he didn’t speak. What the hell? I kept trying to make him talk, but nope: he wouldn’t and didn’t. Okay, that complicated things a bit, because the only way to build the relationship was by indirection and projection by Runt, the other (smaller) hero. Runt’s mounting paranoia about this hunky, hulking menace got all bound up in the fact that he couldn’t find out the answers directly. The story deepened and doubled back on itself. I had originally planned it to be ten thousand words, but by week two drafting it, the story had reached eighteen thousand.

It seemed totally rude to submit an overlong novella to an already filed anthology. I knew that Grown Men was likely to get twice as long before Runt and Ox had found their ways together. This “first transmission” from the HardCell universe deserved to be told properly. And so I decided to keep going, honor the characters and the plot and simply write a second “transmission” for the Goodreads anthology. Actually, I had learned so much about the slick HardCell Universe in the writing I’d done, that I was excited to explore another corner of its galaxy. Since the story needed to use the SAME image as its inspiration, I went back to Poppy’s original image. Still beach, obviously Sci-Fi and set in the same paranoid, satirical HardCell background. And since I still had a giant to deal with, I decided that this would be about Ox’s TWIN brother Beirn on the other side of the galaxy. And since I knew from Grown Men that Ox had some serious bad blood there, I made Beirn his polar opposite. 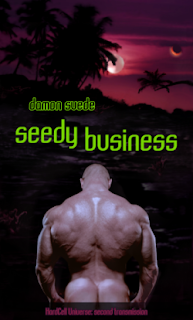 Where Grown Men was about two simple men left alone to carve out a new world, slowly learning to trust each other. Seedy Business was about a sociopathic mercenary and a skeezy sperm pirate who discover they’ve been triple-crossed and are marked for death and black-market organ auction. They’re complimentary but not supplementary, if that makes sense. Written in tandem, Grown Men had turned into this delicate romance told through a lens of anxiety and distrust. Seedy Business gave ugly betrayal a kind of fairytale shimmer. In the end, the two HardCell “transmissions” stood completely separate; they added some resonance to each other but they existed as individual tales…with only the twin’s relationship and the HardCell Universe connecting them.

Seedy Business came out in July, even though it’s the “second transmission” and it got a lot of people talking. Riptide is releasing Grown Men the 30th as part of their First Wave. What started as a simple tweaked photo posted as a creative challenge invented a literal UNIVERSE for me. Already, I’ve had people who’ve become fans of Seedy Business asking what’s coming next for its dastardly duo. I’m hopeful that folks who encounter Grown Men will wonder the same about Runt and Ox. If there’s interest I can imagine an entire series of books about love blossoming in different divisions(glamorous advertainers, insurance designers, hormone smugglers, clone farmers), leading all the way to HardCell head-office as pairs of rebellious men find a way to crush the company and save the Universe from the forces of bland commercialism. LOL Time will tell.

Damon Suede grew up out-n-proud deep in the anus of right-wing America, and escaped as soon as it was legal. Though new to M/M, Damon has been writing for print, stage, and screen for two decades. He’s won some awards, but counts his blessings more often: his amazing friends, his demented family, his beautiful husband, his loyal fans, and his silly, stern, seductive Muse who keeps whispering in his ear, year after year. You can get in touch with him at:
§  email: Damon@damonsuede.com
§  DamonSuede.com
§  Goodreads
§  Facebook

Seedy Business can be downloaded free at https://www.allromanceebooks.com/product-seedybusiness-612751-143.html”>All Romance Ebooks, http://1placeforromance.com/manlove/seedy-business/prod_5889.html”>1 Place for Romance, and at http://www.damonsuede.com/SeedyBusiness.html”>DamonSuede.com.
Posted by Jadette Paige at 4:00 AM

I have to know. Who did the art work for Grown Men? I love it!

Roberto QUintero... He is AMAZING! CRazy talented and so nice. LOved working with him. I had this whole wacky Frazetta/Vallejo idea and he just went for it full steam. :D

Great post. I can't WAIT to read this. Crackin' that jewel the second work is over. I'm a little excited. :D

Randy can't wait to get his hands on it. Not sure if I will read it because I'm not into the scifi/fantasy books, can never get into them, no matter how much I like or in this case, love, the author. But pre-ordering for Randy today, Damon.

I will read this book simply because Damon wrote it (got a shopping list, my friend, I'd read that too. LOL)I wish you great success with Grown Men and I'm sure your readers will devour it.

Thanks for the shout out, too.