Is it wrong to have someone to love AND take care of you? ~ Rawiya

First, I’d like to thank Jadette for having me here today. Michael Mandrake is busy at IRM so he asked me to fill in. Of course, I will plug my upcoming story to be released this summer but first, a guest post.

A “Sugar Daddy” – Slang term. A man that provides for his partner financially in exchange for sex.

Is it wrong to want one of those? In a lot of people’s minds, it is. To exchange your affections so a rich man can take care of you? My friends joke about it all the time, wanting a man that provides for them, keeping their bank accounts full at all times so they can do what they want.

We always see this in stories and real life; women with an old man who may be grandpa material. The most unbelievable part is these ladies claim to love that person when all the outsiders say, “oh she only wants his money.” But, here’s a twist, what if that person really DOES want love, affection and money from that person.

All single people crave the love of someone that’s financially secure, not meaning a billionaire but just able to provide for them and a potential family. Yet, this isn’t being a “gold digger” which is the term called a “sugar daddy,” this is just desiring someone that’s gainfully employed and can bring home the bacon. Nothing wrong with that.

So the devil’s advocate in me wants to ask the question. What’s wrong with wanting the love of a millionaire? It’s almost the same thing. The morality issue is, do you love them for ONLY their money. If the answer is no, then you’re no gold digger and he isn’t your sugar daddy but that’s what people will think so get ready.

Give me your thoughts!

Thanks Jadette for having me today. J

The True Meaning of Love by Michael Mandrake http://xoxopublishing.com 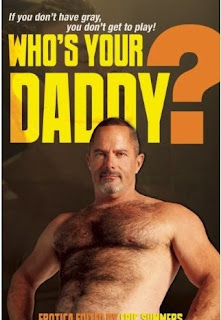 Coming to STARbooks Press and Amazon this summer.

Blurb: A short story of a young man, Matthew Davidson, who’s seeking the love of an older black man. When he goes to an internet dating site, he finds the man he’s looking for, but the ad calls for a black or Hispanic male. Interested, Matthew puts up the picture of his best friend, Devon Peartly who is Black. Now though, his chat buddy would like to meet him in person.

PG Excerpt - “Goddamit Matthew, I wish you would get your own man and stop looking at mine,” Devon said when we left multimedia class. My good friend Devon Hunter was dating the resident hot teacher, Professor Edgar Vincent. All the girls were crazy about him; it’s too bad that they didn’t know he had a desire for ass of the male variety instead of the female.

Rolling my eyes, I shrugged, “Sorry, it’s hard not to gawk at him; he’s really good looking. It’s too bad he saw you first before me.”

Devon put his hand on my chest, lightly shoving me, “What the hell is that supposed to mean? It doesn’t matter anyway; he ain’t into white boys anyhow…”

“His loss,” I replied as we walked to our lockers that were side by side.

Devon chuckled, and then muttered, “Bitch…”

Smiling, I retorted, “You love me though…”

This conversation was a normality between me, Matthew Davidson and my good friend, Devon Peartley. We’d known each other since grade school and were now attending the Chelsea College of Art and Design in the midst of our second year of the Graphic Design Communication course; both of us inspiring art directors, that desired to work in either television or movies.  We had been close seemingly forever, like brothers. We’d only screwed around once after being drunk at a party after graduating from middle school. The reason why? When you become that insanely tight with someone, where you know every stinking thing about one another, you really don’t want to complicate things by having sex. Moreover, Devon was not really, attracted to white men; he preferred those of his own kind or Hispanic. I liked that as well, but of the older variety.

So, even though I had given Professor Vincent more than a nod, I really wasn’t all that interested; truthfully, I only did it to piss off Devon.

“Devon, I want a man. I’m tired of being alone.” I pouted, leaning against the door.

“So get one, and keep away from Doc Vincent.” He closed the door, glaring at me.

“I don’t want your Professor, Devon. You know I’m into older black men.” I slid my Blackberry out of my pocket, looking at the screen.

“Yeah, and my doc is an older bloke…”

Devon’s eyes widened, “What? You mean you’re looking for an elder, a senior citizen…”

“Fuck you, you tosser, hell no; I’m searching for,” I paused glancing upwards, moving my hands. “A man that’s established, in his late forties, early fifties, with intelligence, strength…”

Rolling my eyes, “Yes, most definitely. Someone that will take care of me, stimulate my mind and my groin, you know?”

“Yes, but a brown. sugar daddy…really dark chocolate, sweet to the core, but rugged, rough…”
Posted by Jadette Paige at 5:00 AM

Thank you for having me, Jadette!

Any time, Rawiya! Love the excerpt and the book sounds fantastic!

As to the question of being taken care of financially, loved and cared for in exchange for sex...that's marriage, honey!

I've never been taken care of by a man in the financial sense even in marriage. I like making my own money and having my own goals and dreams in a partnership.

Thnx for stopping by. LOL I agree actually. Personally, I wouldn;t be involved with anyone who os old enough to be my granpa but that is only my opinion.

@Jadette. thank you hun. I really like the story. Hopefully, i'll be able to pen the long one eventually!

Some say the man is to blame, he's a predator, if he has a wife some consider too young.
Apparently women under a certain age don't have the ability to rationalize or be accountable for their actions.

Yet, if the relationship is reversed, the comments usually heard are "Can't she see that young stud is just using her to get at her money?"

Then again, some of the people who enter into these age imbalanced relationships are just blind to the motives of their supposed "partner."

Personally, I believe, if no one is getting hurt, if the parties involved are happy, that's their business, and I'll go buy another lottery ticket and dream.

I agree with you whole heartedly. Thank you for stopping in.

Thank you for stopping in.

It is a very interesting perspective. I believe that everyone has the right to love even old men. LOL

The problem I have with it is when people make a career on finding love through someones bank account. :)

Oh so true, Rawiya! I really don't care for that at all.

Thanks love for stopping by! See no dance poles are visible. Pouting. I'm trying to give off a good impression so people will like me. :D