Khyber Run is out!

Zarak shed that Warrior Code crap long ago. Oscar personifies it. Hunting a murderer in a land scarred by endless warfare, two men fight for justice, honor, and who gets top.


I woke muddled, thinking the ship's engines sounded wrong. Red light glared on my eyelids. Breathing meant gagging on the seagull-shit taste of a hangover. And that sound was not my ship's engines. More like a sardine can's engines or…a plane? 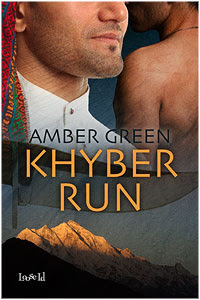 Opening my eyes took effort. A plane. From the rear of the fuselage, I faced up an aisle between rows of knees hugging sea bags. Not sea bags: MOLLE-packs. Red lights in strips overhead barely illuminated a couple hundred hunched forms in desert camo, a row of males in body armor along each bulkhead, facing inward, and two rows of females jammed into back-to-back seats in the center. Male or female, each of them clutched one of those carbines the sponges called an assault rifle.

Why am I in a plane packed with camo-assed bullet-sponges?

The plane's deck angled down sharply. Screams rang in my ears, going dull. My ears cleared, painfully, and the shrieks sharpened.

The deck roller-coastered up, then yawed faster than physics should allow. Whiplash.. I saw stars. The stench of vomit wrung my empty guts.

A dive and another yaw brought more screams ringing off the bulkhead, prayer in Spanish close by, retching farther away.

How did I stay in my seat, with gravity halving and doubling and snatching me starboard to port? When the plane steadied long enough to let me look down, I saw bands of dull silver duct tape strapping my thighs to my seat, and another red-streaked silver band over my belt.
Something hung on my lower face. I had some kind of mask. No. Somebody had duct-taped a puke bag to my face. It sagged obscenely against my chin, like a giant used condom.

Pulling it off hurt. The stench blasted from it.

Where do I put this? I looked around, blinking, trying to make sense. The screamers in the middle seats were mostly army. The hundred or so men squatting in the seats lining the bulkhead were marines. Some laughed at the women. Others hunkered down, as if waiting for shrapnel to find them. A few threw curious glances at me, the only squid in sight.

A cluster of pops rapped at the bulkhead, like popcorn in my mother's big pot. One of the sponges grinned at me. "Small arms fire. Welcome to Bagram."

Bagram? A map of the giant air base flashed in my eyes, then a dim memory of riding my father's shoulder, hiding my face in his turban while a trio of Shuravi -- Soviets -- stomped an ominously silent laborer. Couldn't be…

"He means hold on," added another sponge.

I dropped the puke bag to grab my seat. The plane tilted, again nose-diving but this time braking hard. Instead of falling to the deck, the bag shot forward, splatting against a female's ear.

The plane swerved and jinked, each jerk redoubling the shrieks.. The smell of fear, sharp and sour, fought with the smell of vomit.

One of the marines chuckled, despite the sweat beading on his face, and pitched his voice low enough to hear under the shrieks. "You know you're going to have to police that up, Squidward."

Volunteer? WTF? I twisted to see who'd called me a volunteer, but his rifle caught my attention first. A bolt-action rifle. A sniper's weapon.

Behind the rifle, teeth flashed in a grin. He didn't seem to exist, except as a rifle, a hint of helmet, and a grin. Then the grin vanished.

The deck flipped overhead. The unsecured marines bounced, sending bellows among the screams. I hung from my seat, still taped in place.

The deck flipped again, then slammed up at us. A marine fell across my lap. I caught his weapon before it could bean him. The cool metal slapped into my hand, rousing memories like an old lover's name.

I looked at the sniper, still crouched behind his rifle, immobile and near-invisible. Who the fuck are you?


Amber Green
Posted by Jadette Paige at 7:15 AM 1 comment: