Who's your favorite GBLT authors? Win a copy of Blue Heaven

So who is your fav author?  Which of their books have thrilled you and made you buy all of their works?

I have mine.  Amber Green is at the top of the list. 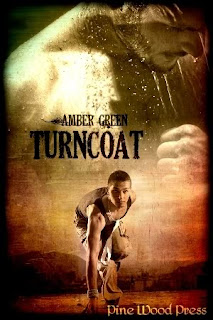 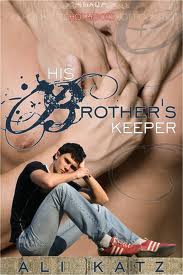 
Then there's KevaD.  Wow, that guy is great! 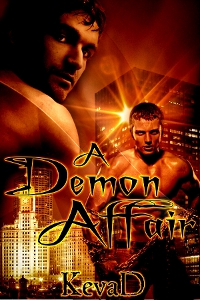 I would love to add my own book.  So far I've gotten some tremendous reviews and ratings on it.  Gives me the warm and fuzzies just thinking about it. 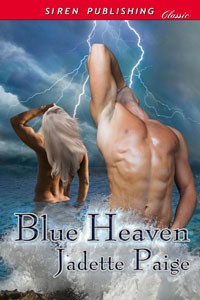 KevaD and A Demon Affair

Today I have the very great honor to host my dear friend, KevaD.  Come on out and show him some love while he's talking about his latest release, A Demon Affair!!

Someone asked why I wrote "A Demon Affair," to which I replied, "Because it was a story I hadn't written." In hindsight I realize that answer may have sounded flippant when I didn’t mean it to be, but it is the truth.

The characters Pilan and Anai surfaced without warning one night when I was working on something else entirely. They instantly intrigued me. Pilan made it clear he wanted to prowl Chicago. I was in no position to disagree, and the story, their beginning, came together quickly.

"A Demon Affair" crossed some boundaries in that the heroes are the villains, and God doesn't share the whole truth with an angel who sacrifices eternity to become that which he is dispatched to destroy. Pilan is potentially one of the most vile, and sexiest, demon-angels to come along. Anai, the assassin, truly wants to kill him. The problem is, the pair of creatures are the only two of their kind and can't keep their hands off each other. While Pilan and Anai attempt to dominate each other in order to have sex, Hell keeps sending greater challenges for the two to overcome.

I kept the story short, more as an introduction to the characters and their dilemma, than as a final, once and for all tale. In other words, if readers like the duo and their unique situation, there is a whole lot more to come. Will Pilan and Anai be able to find mutual ground where in order to survive they don't have to kill each other? I don't know yet. But that's part of the fun, not knowing where the journey will end.

Blurb:
Ages ago, a heavenly Archangel and a hellish Slayer fell in love. The product of their sacrilege now roams the earth, devouring the souls of the living. Possessing all the strengths of good and evil, Pilan has the power to rise against either kingdom and take control. He simply hasn't yet chosen to.

Heaven dispatches Anai, an angel who has sacrificed eternity to kill Pilan. Anai is as powerful, and potentially as evil, as Pilan. As hell repeatedly sends forces to destroy Pilan and Anai, the two angel-demons surrender to sin. To enjoy the vanity of killing each other, they must first keep each other alive. Then there's the whole lust issue…

Pilan crawled to his feet and glared at his sallow reflection in the mirror. Beyond his dead, black eyes, a razor's edge glinted in the void.

"What has given you the strength to free yourself?" he snarled.

A guttural chuckle rumbled in his throat. Heh, heh, heh.

Pilan narrowed his eyes against that sliver of light. Hatred flamed in his words. "You dare laugh at me?

"I laugh at your ignorant vanity. You have become so enamored with yourself, you really don't know, do you?

He raised a brow. "Know what? What have you done?"

Me? The chuckle burst into a full laugh. I have done nothing but heed the call.

"What call?" Pilan tempered his rage. The wildfire emotion would only make him more vulnerable to the assault. He could not afford to lose control of his mind and body.

Instead of sniffing for souls, you should have been sniffing for enemies. I will leave you alone. For now. The sparkles withdrew into the black depths within. The goodness retreated, and the black cage reformed about it.

What had he missed? No, he couldn't have missed anything. Perfection never erred. He drew in a long, lung-filling breath. One by one, he dissected each scent. Nothing beyond that which belonged to this place.

But urgency tugged at the threads of his mind. The fact he couldn't detect whatever the goodness had discovered was itself the answer - another Lasiqs had been dispatched to destroy him.

Pilan shrugged and sighed. Would Satan never learn Pilan was more powerful than the underworld lord and his mindless assassins? Hell could not claim a human's soul until the human died. Pilan could take a soul when the mood struck him, whenever he was hungry. For the souls of the living provided the nourishment he required, helped him grow in strength and power.

And one day, when he chose to, he would rule this pathetic world of mortals. He simply hadn't chosen to yet.

He opened a drawer of the dresser and pulled out black chinos and tee. Longing for fresh air and the chill of the night, he dressed.

At the back door of the club, he said goodnight to the guard and wandered into the dark, dead end alley. The dank of stagnant rain puddles blanketed him between the brick walls. Yellow light cast a dull glow over the sidewalk and street at the alley's open end. A taxi's tires buzzed over the pavement as the car passed. A rat scurried for refuge under a dumpster adorned in gang graffiti.

Pilan inhaled the night, his realm. A taste of demon-borne sulfur brought a grim smile to his lips. Out here, where he ruled, not even a Lasiqs could hide his scent from Pilan. He rolled the flavors over his tongue. Orange. He inhaled again, this time focusing on the smells alone, and not their taste. No hint of the acidic sweetness of oranges. Maybe nothing to be concerned with. But a Lasiqs who emitted the sweetness of oranges generally possessed greater battle prowess, courtesy of a soul or two implanted by Satan himself. Not that it ever mattered in the end.

Still, a Lasiqs alone wouldn't have stirred that part of him he'd confined centuries ago. Something else had given his duality the confidence to once again challenge him.

Pilan dug his fingers into the crevices between the bricks of a wall and climbed. The first three stories stretched his muscles, making him feel more alive in the night, but the next two brought cramps to his hands. At the top of the five-story building he walked along the narrow ledge, above the tarpaper roof, sniffing the air for any particle that might disclose what it was that his mirror self knew.

A spark of mixed flavors ignited and vanished.

Pilan froze in his tracks. Vanilla. Leather. The hair on the back of his neck pricked his skin. What the leather meant, he had no clue, but combined with vanilla, the flavor of Heaven's angels, it couldn't bode well. Not even Hell could copy an angel's scent.

This Lasiqs wasn't from Satan's seed.

"Silence. Neither Heaven nor Hell can defeat me." Pilan spread his arms wide and stared at the sliver of moon winking behind drifting gray and black clouds. "Do you hear me?" he screamed to the night. "I am Pilan! Spawn of Heaven and Hell. I bear the power of each. I am waiting. Come to me!"

A wisp of torrid breeze passed Pilan's ears and deposited its message. "I am Anai. I shall kill you soon. Very soon."