Heidi Cullinan and The Seventh Veil 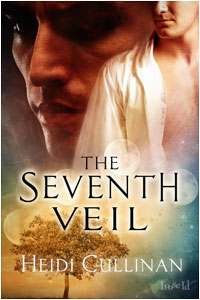 The story of how I came to write the Etsey books is actually congruent to my journey to writing m/m. I started The Seventh Veil as a short Regency romance called Miss Elliott’s Indiscretion, and yes, it was het. I was also pregnant at the time, and I delivered before I finished, so edits and revisions took place when I had the time, which was to say, rarely. Over the years the story followed my evolution through a sometimes too-rigorous study of craft, and so I kept retooling the story, trying to make it better. It slipped into the paranormal, eventually lost its historical setting and jumped headfirst into fantasy, and yet it still didn’t seem right.

In the meantime, I’d written another story, a contemporary, where a gay secondary character had taken over and claimed the main conflict line, including an out and in-your-face romance. I was in love. Writing that story was like coming home, and I realized pretty quickly on it was because I was writing about gay men. Buoyed by that idea, I turned back to my paranormal morass and said, what if that was the same story here? What if Charles was the main character, and what if he was gay? Except as I looked at him, really looked at him, I thought, no, he’s bisexual. And it was as if, once I truly saw him, the story knew how to move.

When I first wrote The Seventh Veil, even in its current incarnation, I thought it was a single book. I didn’t know who Timothy and Charles really were. I had no idea the layers I’d put into this cake. And then when I got to the end which wasn’t an end but the beginning of a longer, more complicated story, I sat back on my heels and stared for a long, long time. I felt like I’d fought my way to the bottom of a treasure chest only to discover a trap door into a huge cavern. On the one hand, how wonderful! On the other hand, holy shit, this is going to be a lot of work.

The Etsey series is a lot of work. I won’t lie. High fantasy is hard — I want it to be accessible and real. I want it to be fun. I want it to be sexy, because that’s what I do. A series like this isn’t a network of single stories but a long, long arc of many stories. The challenge is to keep it from getting too complicated to follow but to also keep it changing and interesting. 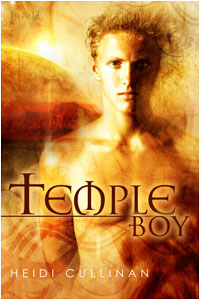 The current book, The Pirate’s Game, is the third installment and is one I’ve waited eagerly to write for a long, long time. That is probably why it’s given me more fits than anything else and has reduced me to literal tears and made me, for the first time ever, have to move a publication date because I couldn’t get it done on time. It challenges me, it pushes me, and it won’t let me off easy. The payoff for meeting that challenge has been amazing and very fun. I mean, how can it not be? Pirates. Vicious mermaids. Epic battles, role reversals, twists, turns, and, um, PIRATES.

I’ve said before, and it’s true, that the Etsey series is kind of my Lord of the Rings. It’s big, it’s crazy, it’s epic, and it wraps up a lot of things I love to talk about in one story. It also makes me grow as a writer like nothing else I’ve ever done.

I hope you check out the Etsey series yourself. You can read excerpts, watch trailers, and more at the website www.etseynovels.com. And if you’re feeling lucky, leave a comment on this post to win a chance for all three of the current novels in a format of your choice.

Thanks to Jadette for hosting me! Happy reading, everyone.

Heidi has always loved a good love story, provided it has a happy ending. She enjoys writing across many genres but loves above all to write happy, romantic endings for LGBT characters because there just aren’t enough of those stories out there.  When she isn’t writing, Heidi enjoys knitting, reading, movies, TV shows on DVD, and all kinds of music.  She has a husband, a daughter, and too many cats.

Posted by Jadette Paige at 3:38 PM

Oooh, am I the first one to comment??? Series sounds most intriguing!

This is a whole entire side of Heidi Cullinan that I can NOT wait so see.

That was an interesting piece. I'm really looking forward to reading this series as I love fantasy settings and I always enjoy Heidi's books. I have the first one, but I want to have them all before I start to read them - I hate cliff- hangers!

Oooh! I have LUSTING after this series, but haven't had the $$ to get them. Can't wait to read 'em!

I like the covers and stories intrigue me so I would love to win this series!
Thank you for the giveaway opportunity.

I can't believe I haven't read this one yet! Sounds amazing

Thanks everyone for commenting!